The unfolding scandal is soaked in irony: Azano is a surveillance evangelist whose company won a secret, no-bid contract with the Mexican military for computer and mobile phone hacking and spying technology in 2011. He is chairman of a company called Security Tracking Devices SA de CV, and he is now chained to a tracking device—on house arrest.

When documents leaked to the Mexican press two years ago revealed Azano’s role in a massive expansion of Mexico’s electronic surveillance power, the story developed into a national scandal surrounding the business owner’s almost legendary political power. What received less attention is how Azano began an effort to expand his pull in the U.S. and elsewhere through an online pro-surveillance marketing campaign. He also started dabbling in U.S. politics—and that’s what got him into trouble.

Azano, and three Americans who acted as his agents, are now facing felony charges in an alleged conspiracy to illegally pump roughly $500,000 into local election campaigns in the border city of San Diego.

The Azano case illustrates how officials around the world must not only exercise skepticism toward new surveillance technologies, but also toward the shady contractors hawking spy products.

The Company in Question

Security Tracking Devices, or STDi as it has more recently been branded, aspires to be a global go-to company for surveillance technology. In addition to its Mexico City headquarters, STDi’s website (hidden behind a “under construction” front page) advertises offices in Singapore, the United Kingdom, and the United Arab Emirates. Azano’s public biography further describes his company’s security systems as being in high demand in Europe, the Middle East, and Latin America.

As EFF explained in 2012, leaked Secretariat of National Defense contracts revealed that Azano’s company provided Mexico with an arsenal of invasive eavesdropping technologies, including systems “capable of extracting text and multimedia messages, contact lists, agenda registries, email monitoring, voice interception, background sounds, [and] room monitoring via microphone activation.” One of the contracts covered a cyberespionage program allowing the government to access a person’s computer and monitor the “log-in and log-off, screensaver and operational hours to study the behavior and routines of the target or intruder.” The company also offers intelligence command centers, mass voice data analysis,and various cyber-defense products. According to STDi’s recently deleted LinkedIn profile, the company also offered access to intelligence reports and IBM’s “iBase” watch-list database that is “preopulated with more than 1.3 million high risk profiles linked to 8.5 million sources and over 24,500 passports.”

EFF joined the calls for greater transparency in Mexico as the country sought to expand its surveillance apparatus with financial help of the U.S. State Department. Now transparency may come in the form of the criminal investigation, and it’s unclear how it will shake out for Azano’s business ambitions.

Over the last few years, Azano has set his sights on the U.S., and in particular municipal-level governments. In an attempt to establish credibility as a homeland security guru, he has published numerous commentaries, press releases, and “stories” across the web on credible looking, but dubious-if-you-look-a-little harder “news” sites. Azano’s plays the role of Big Brother propagandist, with article titles such as “No Need to Fear Government Tracking”and “Susumo Azano Addresses Fears of Modern Surveillance Tech.”

In one piece, “Trickle Down Technology,” Azano expresses contempt for American concepts of privacy:

For the average citizen, the cell phone now serves the purpose of both tracker and wireless data collection devices, as well as the less important function of phone. It is the perfect tool for a society that has come to depend more and more on surveillance, whether we like it or not…

The government, it should be noted, did not hand out smart phones to American citizens and demand they keep detailed logs of their every move. Americans did that themselves. People were excited about doing it, constantly seeking new ways to advertise where they were, what they were doing, and with whom. Can people really blame governments and advertisers for taking advantage of their actions? Or do people accept that these are the repercussions of naïveté, and a nation caught up in a love affair with new technology?

Much of Azano’s writing in the last few years has targeted audiences in the U.S. government, particularly on the municipal level. He opined on automatic license plate readers in New York and Oakland, as well as on a rural fire district in Washington state that used Homeland Security grants to purchase a mobile command center capable of tapping into CCTV networks.

And then there were his meetings with U.S. officials.

No government is immune to corruption and graft, and that goes for the surveillance industrial complex as well, whether that’s alleged bribery by red-light camera vendors in 13 states or an infosec provider paying out kickbacks for Army contracts. In 2012, SAIC—the contractor on Oakland’s Domain Awareness Center—agreed to pay a $500 million fine in conjunction with another kickback and fraud scheme. Often, contractors caught in one questionable deal in one jurisdiction continue to operate elsewhere with impunity.

That’s why decisions over surveillance policy must be conducted in the light of day, not in closed meetings between politicians and suspicious contractors, some of whom will go to any lengths to capture lucrative national security contracts.

In San Diego, Azano and his cohorts are under investigation for bribery and circumventing prohibations against foreign nationals spending money in U.S. electoral campaigns. The scandal has also cast a shadow of doubt over several officials who benefitted from his funds, including the San Diego County District Attorney, who admitted she met with Azano at his home just before he started spending money to support her as a candidate.

There is no evidence at this stage that the region’s top prosecutor did anything illegal. However, what Azano expected in return for his investment (first for a mayoral bid, which she lost, and then her D.A. reelection effort) remains a mystery.

In an interview with U-T San Diego, the only issue the D.A. could recall discussing with Azano was his company’s software in Mexico. According to the timeline, this conversation meant that Azano was likely discussing his deal with the Mexican government months before the Mexican public learned about the contracts through the press. Both mayors and district attorneys are highly influential in determining such law enforcement priorities; Azano’s agents allegedly asked the candidate who eventually did become mayor to fire the police chief and replace him with someone of their choosing.

Southern California is at the forefront of surveillance technology. As we’ve written before, regional agencies have embraced automatic license plate readers and mobile facial recognition devices with elected representatives raising little or no concerns over the impact on civil liberties. Azano’s style of backroom influence—even without an explicit quid pro quo—is one way this technology spreads around the world.

At EFF, we’re often asked the question: Why should anyone care about surveillance in other countries?

Here’s answer #645: The contractor that secretly sells electronic surveillance products in one country may also be secretly and illegally influencing elections in yours. 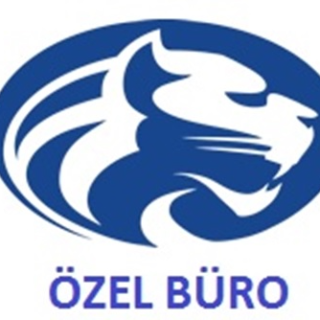